I've been working on a game side-project for the past year as a fun way to really deep dive into Rust, Amethyst, and different game dev topics such as AI, pathfinding, shaders, etc. The game utilizes an isometric 2.5D view much like SimCity 3000 or Civilization, all from pre-rendered sprites.

As I was working on the map generation and rendering, I found a couple tutorials that went through a basic isometric projection with tiles, but nothing that did it in a way that was generalizable to different view points. Due to the progress I've made thus far with my own game, I decided to do a little writeup (with examples!) to showcase how to go from a grid of points to an isometric projection with different orientations.

Below I have a full example that has been rebuilt in WebGL with different toggles to visualize each step of the transformation.

The code for the example is available here.

From grid to projection

Standard isometric projection has it where if we started with the front face of an object, it would be rotated 45 degrees around the vertical axis and then approximately 35 degrees around the horizontal axis. After these transformations, the objects should look roughly like the different shapes in the image below: 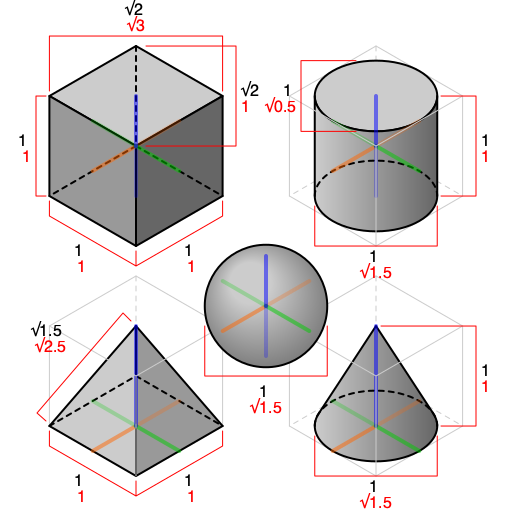 Before we began, some assumptions:

Assuming the grid to be in Euclidean space where (0,0) is at the bottom left, the 2D array of tiles we'll be using in our example will be represented roughly like the code snippet below:

We can loop through each row and column and render each tile of the grid at their respective (col, row) point to get something basic on screen.

When the above code is run (see the repo for the full code snippet), we'll get something that looks roughly like so: 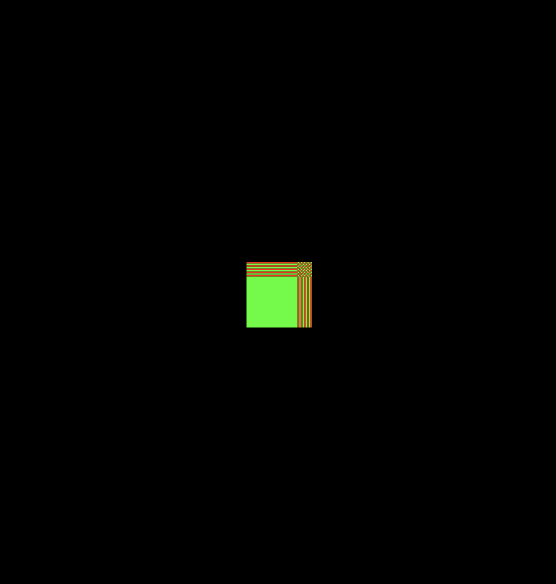 As you can see, without any modification to how we place the tiles everything will overlap with each other. To go from this to the isometric projection we want, we're going to have to apply a series of transforms that will translate, scale, and rotate the tiles to their correct positions.

In linear algebra, a transform or transformation matrix refers to a linear mapping between some set of points to another set of points. Typically, these linear transformations can be composed (i.e. applied one after another through multiplication) and inverted (e.g. to map a point back to some original grid).

In computer graphics, there are certain matrices that can be used to apply a rotation, scaling, or translation. It is with these matrices that we'll begin our journey towards the final isometric projection.

Since the sprites being used are already pre-rendered the isometric projection. We only need to apply the following transforms:

Toggle between a combination of the 3 transformations in the full example at the beginning of the post to visualize how each transform affects the final tile placement. 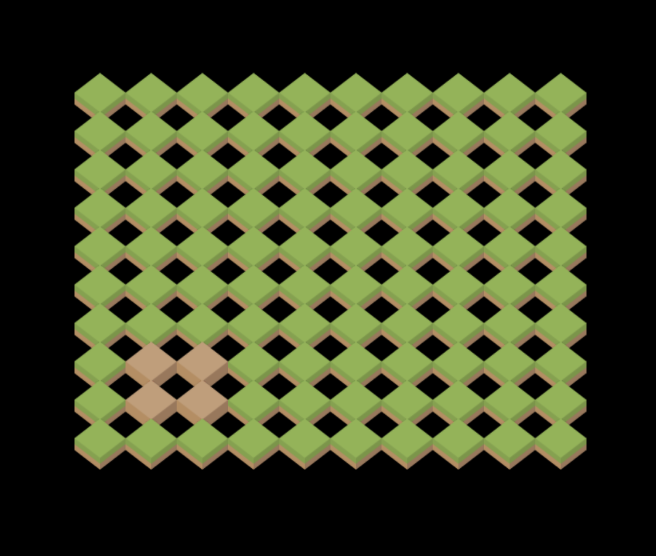 Above is an example of scaling the grid to the correct tile size, with the tiles attached 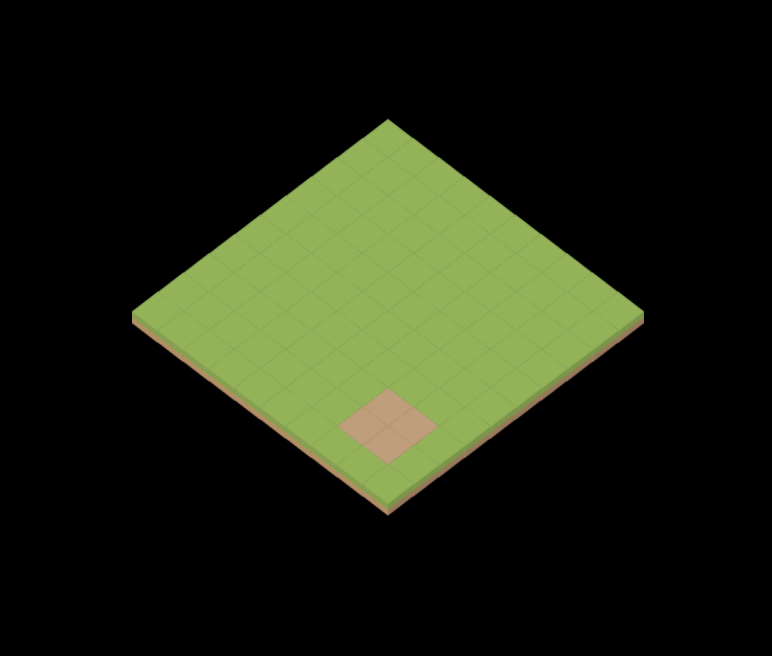 And here is the scaled grid after we rotate grid by 45 degree and the scale the grid so that the tiles overlap each other correctly.

Armed with this knowledge, rotating the view for each different orientations of the grid is as easy as applying another rotation transform before we convert the grid into the isometric projection.

If we intend to mimic the rotation of SimCity 3000, there are only four set rotations, one for each corner of the map. This means from our initial view we will either be rotating 90 degrees clockwise, 90 degrees counter clockwise, or 180 degrees.

In matrix form, a rotation matrix would look like so:

Now in code, this would look like so for some angle rot:

For each rotation event, all we need to do is update the rot angle that is used to rotate the initial view and update the placement of each tile. As long as we have an idea of how large our grid will be, we can apply these transformations no matter where we're viewing the grid and have the terrain correctly rotate at the location we're viewing.

Putting it all together

Combining the rotation with the earlier scaling and isometric projection, we get the following code:

And there you have it! We've built an isometric view that also allows us to rotate everything however we please.